I have not posted on this website in a while, largely because I have not had new news to share. That changes now. 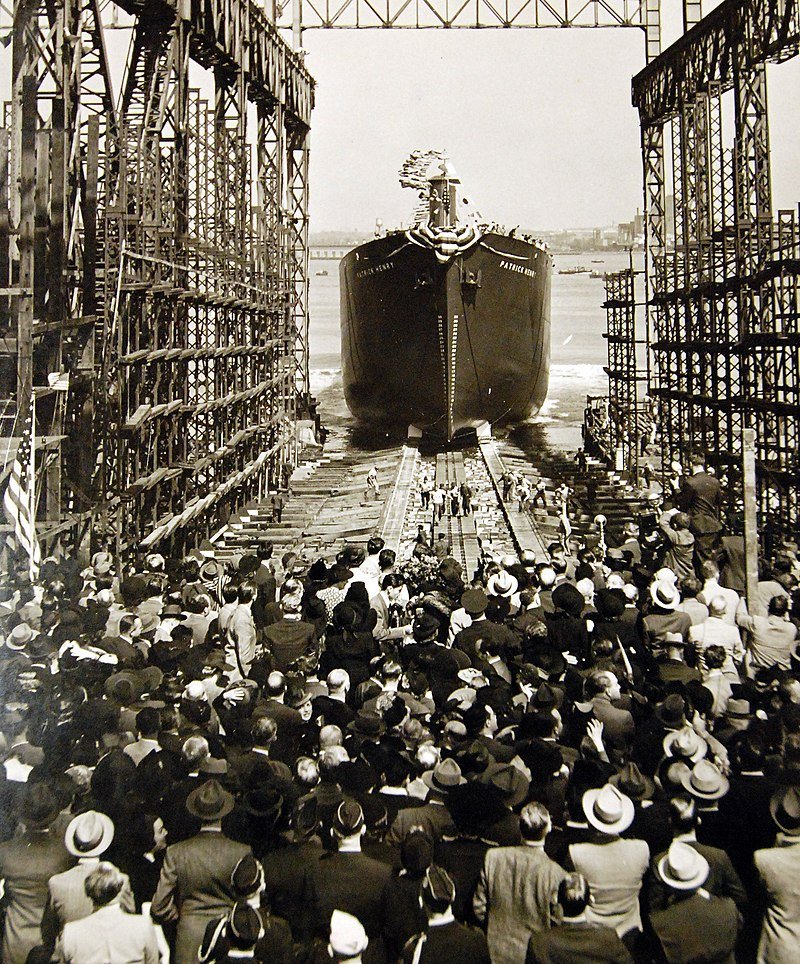 The picture you see above is a Liberty Ship, the SS Patrick Henry, launched to sea in September 1941, and one of more than 2,700 emergency Liberty Ships the US built during WWII . In the months prior to Pearl Harbor, Dec. 7, 1941, American cargo and merchant ships were being destroyed by German subs at a scary rate, and we were losing hundreds of young men in these battles. We were not even involved yet in WWII, yet Hitler’s Germany was relentless in attacking any vessel that stood in its way to world domination. German subs were literally only a few miles off the East Coast, waiting to attack.

Finally, FDR decided that the US simply needed to build ships faster than we were losing them, and up to that point it was taking 6, 7, 8 months to complete a single ship. Far too long! We were in grave danger. So FDR tapped the shoulder of a great American industrialist, Henry Kaiser (who also happened to be a German-American). Kaiser had never built a ship in his life and was best known for building the Hoover Dam. But within weeks, Kaiser had erected a shipyard in Richmond, California, the Bay Area, and was building massive Liberty Ships, longer than football fields. The first Liberty Ship took about 6 months to build. Then Kaiser’s men and women (Rosie the Riveter and Wendy the Welder!) got it down to 3 months, 6 weeks, 10 days, until finally, incredibly, they built one single ship in 4 days. 4 days!

Think about that, as we wonder what America is capable of today. It was the ultimate achievement of American ingenuity and determination in a time of desperation, and it not only shocked Hitler, but it turned the tide of World War II. Kaiser’s shipyards would build nearly 3,000 Liberty Ships, and there is no doubt that these ships were the pivotal turning point in the war, supplying food, weapons, tanks, planes, and supplies to our troops around the world.

Hard to believe eight years have passed since The Race Underground was published by St. Martin’s Press,  and now I am embarking on a new book, the under-appreciated story of the Liberty Ships. It will be a journey. I’m excited, especially about working with Simon & Schuster, the tremendous publishing house that was the literary home of famed historian David McCullough. This website will eventually get a refresh or reboot or re-something, but for now, I just wanted to share the news.