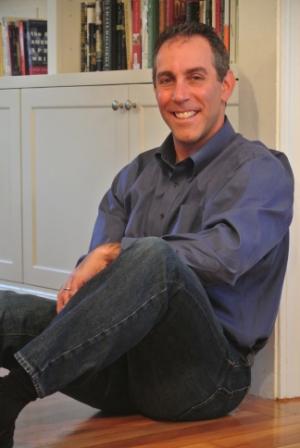 When people hear about the subject of this book, they ask how I got interested in it. There is no great answer, but there are some clues in my background. I was born in Boston (clue) and raised in Barrington, Rhode Island. My father grew up in New York (clue) and my mother lived blocks away from Yankee Stadium (clue). Growing up in New England with New Yorkers for parents probably explains my confusion as a child about what sports teams to root for. Today I am a deputy managing editor at The Boston Globe — and a Red Sox fan.

I graduated George Washington University and spent my first 10 years in journalism as a reporter, at The Herald in Rock Hill, S.C., The Daily Record in Morristown, NJ, (where I covered an ambitious young politician named Chris Christie) and at The Record in Hackensack, NJ. At The Record I spent two years covering the case of two suburban teenagers who hid their pregnancy from their parents and threw their newborn into a trash bin. My coverage of the case, coincided with working the transportation beat (clue), including aviation and the Port Authority of New York & New Jersey.

After the baby case was finished, I wrote a true crime book,  “Always In Our Hearts, The Story of Amy Grossberg, Brian Peterson, the Pregnancy They Hid and the Baby They Killed.” Also while at The Record, I wrote a feature for Sports Illustrated (fulfilling longtime dream) about 4 young African-American men shot by state troopers in a racial profiling stop on the N.J. Turnpike on their way to a basketball tryout. The story appeared in Best American Sports Writing.

My next job took me to Boston (clue), as senior editor at Boston Magazine, where I also began writing for Parents magazine and Runner’s World and teaching Magazine Writing & Editing at Boston University. In 2003, I left Boston Magazine to lead the redesign of the Boston Globe Sunday Magazine. I remained at the Globe for 15 years, until leaving in 2018 to be the Executive Editor and Assistant Vice President at Boston University, leading a newsroom there of about 15 people. When I’m not writing or editing, I can usually be found jogging the streets of Needham, Mass.,  or shooting hoops with my two kids. My amazing wife, Mimi Braude, is a social worker. As to why I wrote this book, let’s just say I’m drawn to fascinating stories with fascinating people. And I like trains.