Michael Hession, a filmmaker and photographer in Brooklyn, has produced this beautiful, haunting video of the construction going on beneath the streets of New York City for the Second Avenue Subway. It’s posted on Gizmodo.

What’s striking to me is the scale of it, you see up close the enormity of the project, and it reminds me of this picture below from my own book, “The Race Underground.” Hession summarizes the current project perfectly: 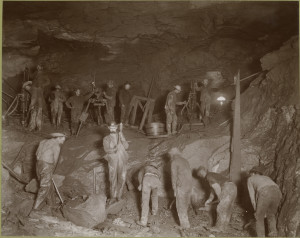 New York City’s new 2nd Avenue subway line is a construction project of truly monumental scale. Decades of planning and billions of dollars have led to the near-completion of Phase 1 of the tunnel running underneath Manhattan’s Upper East Side. Gizmodo was lucky enough to take a tour through a section of the caverns and passages that will soon be a bustling subway line.

Boring the two miles of Phase 1’s tunnels began in 2010, with the project scheduled to be completed in 2016. It will eventually carry around 200,000 riders between 63rd Street and 96th Street. All four phases of the line, once completed, will run from 125th Street all the way down to Hanover Square at the southern tip of Manhattan. This won’t wrap up for many years, however, as funding is procured on a phase-by-phase basis.

One thing to keep in mind about the Second Avenue Subway project. It’s being built by Parsons Brinckerhoff, the giant firm that was started by the brilliant engineer William Barclay Parsons back in the 1880s with his brother. Parsons designed the initial New York Subway that opened October 27, 1904, and the firm with his name on it has gone on to build canals (Cape Cod, Panama), tunnels (Big Dig in Boston), among other things. Quite a legacy. Parsons watched over the building of New York’s subway with incredible focus. This is a passage from “The Race Underground” when Parsons was watching over his workers on a summer day in 1901. 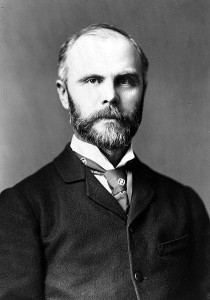 On this June day, from the back of the flatbed carriage that came with them, the laborers took out a pump that was mounted on a petroleum barrel; carried out dozens of pieces of wrought iron pipe, some of them an inch in diameter, others two inches; and then wheeled out a small pile driver. Once they seemed to have everything positioned properly, they went to work. First, they lifted up a block

from the pavement as close to the street corner as possible. A few feet away, a worker took one of the sections of two-inch pipe and tapped it into the soil until it was securely standing up, at which point the pile driver was positioned over the pipe. Next, a pulley from the pile driver was raised over the pipe, a rope was connected to the pipe, and, when the signal was given, WHAM! A one-hundred-and-fifty-pound hammer drove down on top of the pipe and slammed it into the earth. When it disappeared, a worker reached down into the ground, unscrewed a cap from the top of the pipe, and took hold of another section and screwed it into the pipe.”