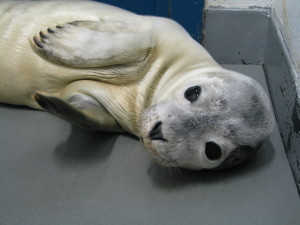 William Barclay Parsons, the brilliant engineer whose name and the company he founded, Parsons Brinckerhoff, is behind the original New York City subway, the Second Avenue Subway project, the Cape Cod Canal, the Panama Canal, and Boston’s Big Dig, to name just a few mega-projects, now has his name attached to a slightly cuter project: The rescue of a male harbor seal pup.

The National Marine Life Center just released 3 harbor seals that had been rescued after being stranded back in May. One of the pups was named “Barclay,” (that’s him above) in recognition of Parsons, who designed the Cape Cod Canal, a project that celebrated its 100th anniversary this summer. Barclay (the seal, not the man) was treated for dehydration, curious bite wounds, malnourishment and maternal separation before being released on Friday, Sept. 12. at Scusset Beach in Sandwich. 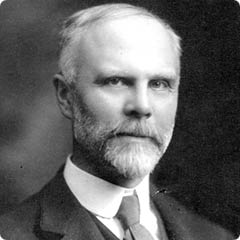 The other two seals released along with Barclay were Rose, a female that was rescued last June in New Hampshire, and Mary Arnold, rescued over the summer in Truro. There were about 100 people on hand to watch the release.

“With the recent closure of a seal hospital in Maine, the National Marine Life Center is the only federally authorized wildlife hospital open for sick and injured seals in northern New England,” Kathy Zagzebski, NMLC President & Executive Director, said upon the seals’ release. “The need is great, and public support is critical to help return these amazing and important animals to the wild.”

William Parsons himself was born in 1859, and graduated from Columbia College and Columbia’s School of Mines before going on to design some of the world’s biggest engineering projects. His first giant project was taking on the New York City subway, which had been a lifelong interest of his, and finally opened on Oct. 27, 1904, seven years after Boston opened America’s first subway in 1897. I tell his life story in great detail in “The Race Underground.”

Parsons would go on to design canals, bridges, roadways, railroad projects, and more until his death at the age of 73 in 1932.