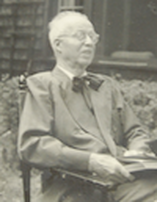 One Reply to “Why Squire Vickers (who?!) shaped New Yorkers’ lives as much as anyone”