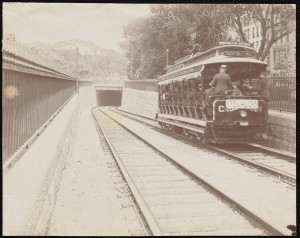 On September 1, 1897, America’s first subway opened in Boston, when a trolley disappeared underground at the corner of Arlington and Boylston streets and stopped at a station at the corner of Boylston and Tremont. (At left is a picture of a trial run the day before.)

On January 14, 2016, the Boston subway system recorded a very different milestone: The National Transit Database released data that showed the MBTA had 219 “major mechanical failures” in the year 2014. That’s the worst rate of breakdowns among all transit systems nationwide, and it’s four times the national average. Yikes.

The Red Sox went worst to first to worst in three seasons. What are the odds the MBTA climbs to first next year?

As reported in The Boston Globe: MBTA spokesman Joe Pesaturo questioned the national figures, saying that “there is no uniform practice for reporting mechanical failures” to the National Transit Database. “What one rail service provider considers a failure, another one may not,” he said. He also said the agency would continue efforts to keep old trains and equipment from failing by either repairing or replacing them.

Also from the Globe: