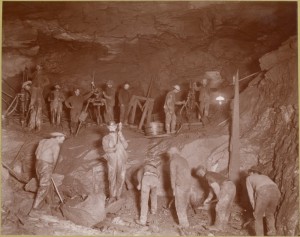 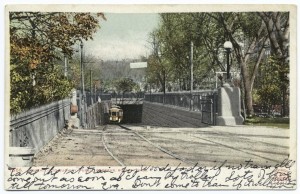 If you’re anything of a history geek like me, this is cool news. The New York Public Library, a place where I spent many long days and nights researching “The Race Underground,” in particular using its private papers of  engineering titan Frank J. Sprague, has released digitally more than 180,000 photos, postcards, maps and other items in the public domain. And in releasing them, the library is eagerly inviting people to do what I am doing right now: Download high-res-files, grab them and use them.

Naturally, I went poking around for any cool subway photos and found a bunch, one from Boston and lots from New York. Click on each image to see it larger. I’ve seen a few of these, but they are never easy to get access to. As the New York Times, a lot of these images have been available, just not in great resolution.

Here is what a library official told The New York Times: “We see digitization as a starting point, not end point,” said Ben Vershbow, the director of NYPL Labs, the in-house technology division that spearheaded the effort. “We don’t just want to put stuff online and say, ‘Here it is,’ but rev the engines and encourage reuse.”

I grabbed a few that appealed to me quickly, including one below in color of an early train coming out of Boston’s first subway, near Arlington Street, which I had never seen before (and trust me, I saw a lot of photos!). The others are mostly of New York’s subway under construction. My book has a lot more image (sorry, shameless plug), but these are pretty cool. Enjoy. 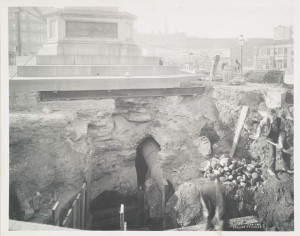 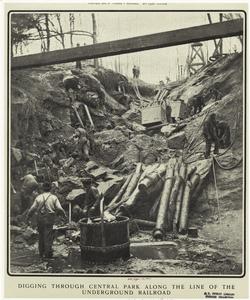 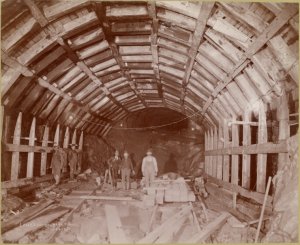