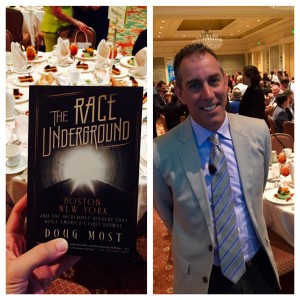 A few months ago I was invited to come speak to the annual conference of APTA, or American Public Transportation Association. On Tuesday that day came and it was a terrific event, at the Grand America Hotel in Salt Lake City.

A quick word about the hotel. 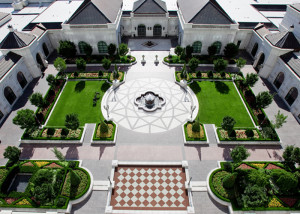 Uh, wow. The Grand America was built specifically as part of the city’s hosting of the 2002 Winter Olympics, and it’s a 5-star hotel. Every corner glistens, a harpist plays in the lobby while guests sip their cocktails or tea while munching on scones, and the courtyard beckons, with spectacular views at every turn of the surrounding mountains.

I got out a few times to take in some of Salt Lake. A few highlights included dinner at Squatters, where the burger smothered in bourbon-soaked grilled onions was awesome, breakfast at Eva’s Bakery, which had great muffins, and lastly, I snuck in a few runs.

One was a 4-miler over to Liberty Park, which had a nice soft wood chip path that was easy on my tired legs after a long flight, and the other was a brutal climb up into Memory Grove canyon. 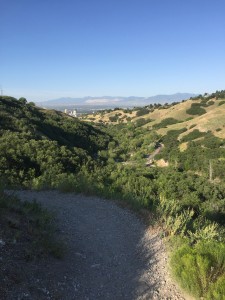 I really wanted to get up high to look back over the city and mountains and this was the way to do it, even it meant a little bit of a run-walk. The view was spectacular, looking back on the skyline and the towering Church of Latter Day Saints building. The conference itself was beautifully run and smooth sailing for me.

My talk came at the big luncheon Tuesday and I was on stage with a Bostonian and New Yorker to add a fun element to the whole affair. The Bostonian was Robert Prince, a former MBTA general manager now with AECOM, and the New Yorker was Chris Boylan, a deputy executive director at the New York Metropolitan Transit Authority. They came out with boxing gloves on and we had a ball on stage in front of about 1200 transit executives and officials from around the country.

A final shout to a wonderful local bookstore, Weller Book Works and Catherine Weller, who showed up and sold a few hundred books and helped me get them all signed. Lastly, KellyAnne Gallagher from the organization, APTA, put together a great show. It was a whirlwind 24 hours, in and out, but worth every minute.