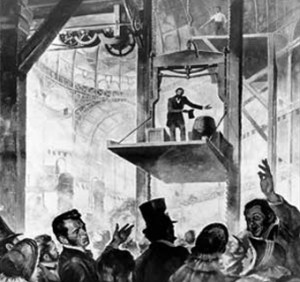 As if simply designing, digging and completing the gargantuan Second Avenue subway project in New York City was not challenging enough, when you add in an unusual, diagonal-traveling elevator, it’s a surefire recipe for construction headaches and delays. Sure enough, as Matt Flegenheimer reported recently in the New York Times, that’s the latest snag to hit the project.

As Flegenheimer wrote: The idea for a diagonal elevator — two, actually, to go with the station’s escalators and vertical elevators — dates to the project’s genesis more than 10 years ago, the authority said. Angling the structures at an incline was thought to be less expensive than tunneling in relatively straight lines, down and across.

The story of America’s first subways that I tell in “The Race Underground” unfolds during the second half of the 19th century, an amazing time of innovation in this country. The dishwasher, electric motor, telephone, light bulb, dynamite, even the ballpoint pen, are just a few of the inventions that were born during this time. So was the elevator, and it’s a story that plays a significant role in “The Race Underground.”

The story behind the invention of the elevator dates back to a time before subways. The world’s first subway, of course, opened in London in 1863. But 10 years before that, in New York City, an inventor from Halifax, Vermont by the name of Elisha Otis, one of six children in his family, unveiled a contraption at the American Institute Fair. A mechanic, he needed a machine that could hoist heavy machinery, but at the time all the contraptions for that work relied on a single cable. If that cable or rope broke, the platform came crashing down. Not very comforting.

Otis developed a spring that, if a rope snapped, would fully extend as if it was stretching out, and it would catch on the side rails the elevator was sliding up and down in. The platform would then hold until the cable or rope was replaced. Otis needed to convince people his safety catch worked, and the only way to do that was to prove it in front of a live audience. So at the American Institute Fair in 1854, at Crystal Palace Hall, he rode an open-shaft elevator up four flights, and then had an assistant cut the rope. As his riveted audience below gasped, the elevator briefly plummeted a few feet and then jerked to a stop. It worked. Over the next three years he installed more than 40 freight elevators and his first passenger elevator in a New York store.

Of that day, the Elevator Museum writes: Halfway up, he had the hoisting rope cut with an axe. The platform held fast and the elevator industry was on its way.

So while Otis did not invent the elevator itself, he invented something far more valuable — the device that makes sure our elevators don’t drop like a stone in the event of an accident. 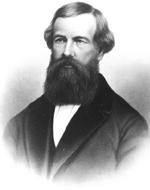