When I told my mother that I had been invited to speak about “The Race Underground” at the annual gathering of Mensa in Boston in July, she almost choked. Let’s just say she was curious if they inspected my high school or college transcripts before asking.

Anyway, I really am going to speak at “Brilliance in Beantown,” the Mensa convention on Wednesday evening, July 2 (details here). And I thought I’d do my homework (for a change!) and learn about this group before I addressed them. You’d be surprised what I learned. For starters, those guys in the picture above? Not Mensa members! Here’s their movie trailer. (Dumb and Dumber To)

1: You can qualify for Mensa  one of two ways. Simply provide evidence that you scored “in the top 2 percent of the general population on any of more than 200 tests that Mensa accepts for membership.” Or, go take the actual Mensa Admission Test. And ace it! If you are curious about IQ, Mensa officials explain that every IQ test is different, so a score of 130 on one test might be 140 on another. But you get the picture.

2: The oldest Mensa member? 102 years old. The youngest? Two. Though I’m not quite sure how that worked.

3: Of the 60,000 or so members, roughly 65 percent are male or 35 percent are female. I can’t help wondering, however, if that’s just because more guys want to brag to women they belong to Mensa, than women feel the need to brag to guys. Just a thought. 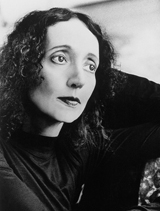 I could go on, but all this research sort of depressed me. Made me wish I’d studied a little harder in school. So let’s just say I’m honored they invited me, I can’t wait to impart a little of what I learned after 5 years of studying subways. And let’s hope I come away from ‘Brilliance in Beantown’ a little more brilliant.

One of the following proverbs is closest in meaning to the saying, “Birds of a feather, flock together.” Choose one:

3 Replies to “‘Brilliance in Beantown’: Things you didn’t know about Mensa”